Often when I tell people that I am a clinical psychologist, they ask, “Can you read my mind?” I’ve always been fascinated by that question. Mind-reading just isn’t in psychologists’ job description!

I certainly can read other peoples’ feelings more than I could before I began my studies in psychology. I’ve also become more adept at taking cues from peoples’ body language and tone of voice. But neither means that I can read peoples’ minds! 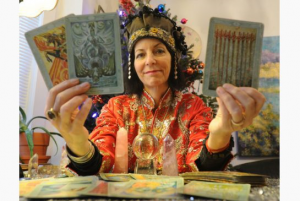 When my friends and I were in college and weren’t psychologists quite yet, we came up with some silly tricks we used to answer when people asked if we could read their minds.

One trick was to tell the person to pick a number between 1 and 10. Nobody knows exactly why, but it turns out that a majority of people choose the number 7. And when we guessed it right, it served as confirmation to the people that we could read their minds. It was easy to trick them into that belief!

Another trick was this exercise. We’d say to the person, “Imagine you’re driving on a desert road. Up ahead in the distance, you see a cube on the side of the road.” Then we’d ask a series of questions about the cube. “How big is it? Is it solid or transparent? What color is it? Imagine a ladder in relation to it. Where is the ladder?”

Funnily enough, people were usually fairly satisfied with the analysis we offered, again confirming their belief but easily fooling them that we could read their minds.

Horoscopes and the Forer Effect

Every horoscope claims to apply specifically to each of the 633 million people in the world that share a particular zodiac sign. I find it baffling that so many people read horoscopes on a daily basis, and actually believe what they read there. How can those affirming little tidbits of pablum actually apply specifically to each and every one of them?

I remember an experiment that a professor did in one of my college psychology classes. She gave each student what she said was a personalized, computer-generated description of our own specific personality, based on our zodiac sign. The description she gave me that was specifically generated for me was this:

After we each read our description, the professor asked us to rate how accurate we felt our description was using a scale of 0 to 5, with 0 being “poor” and 5 being “excellent.” I thought mine sounded pretty good. The average score from our class was a 4 out of 5. But as it turned out, she’d given us all the very same list, regardless of what our zodiac sign was! The statements were so vague and so general that they could readily be applied to anyone from across a wide range of people.

The 12 items on that list are called Barnum statements. Psychologist Bertram Forer first used them in his studies in 1948, when he learned that people have the tendency to believe that vague but generally positive personality descriptions apply specifically to them, but they usually don’t realize that those descriptions also aptly fit many other people, too.

Similar studies have since found similar results. Most people rate those statements at about 85 percent accurate when describing their own personality. This phenomenon has come to be known as the Forer Effect. It’s the prominent reason why people generally accept mind reading, fortune telling, astrology, and personality tests as accurate. 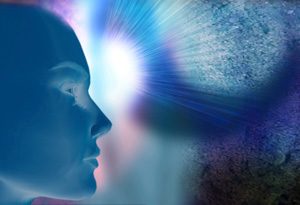 When I tell someone that I doubt astrology, psychics and so on, it’s inevitable that they’ll find someone else to share their testimony, either from their own experience or from that of a family member or friend. They’ll tell me about a time when a reader was able to accurately know or predict something that could not have possibly been known in any other way.

I don’t believe in mind-reading, or fortune telling, or communicating with spirits. But that doesn’t mean that I’m 100 percent certain that they don’t exist. If someone could scientifically prove that they have those gifts, I’d be happy to both recommend their services and use them myself.

But until I see scientific proof, this is my take on the situation: if a psychic, fortune teller, medium, clairvoyant or anyone else helps you feel better about yourself or helps you see your path forward more clearly, that’s fine with me. I don’t want you to miss out on something positive that brings you joy. If you find it helpful, that’s wonderful, regardless of scientific evidence.

Tricks of the Trade

No matter the field, you’ll find some people who genuinely want to help people, and others who have more selfish intentions and motivations. I really just want people to know about the common tricks that people can use to convince others that they can read people’s minds and predict their futures.

In his book “The Full Facts Book of Cold Reading,” Ian Rowland explores 38 of the most common persuasive psychological manipulation techniques. Also called elements, these techniques can be used by people to extract information, or persuade someone that something is known about their character, the facts and events of their life, and about their future. Here are examples of some of the most common techniques.

In conclusion, some people may try want you to believe that they can read your mind. I’ve not encountered significant scientific evidence that suggests that anyone really can to that. If the evidence emerges, I’d be open and happy to change my opinion.

But until that happens, I want people to be aware of some of the tricks that may be used against them, so they’re less susceptible to harm.

As a psychologist, my desire is to truly understand and to help people. I want people to feel empowered with the knowledge they need to develop a greater awareness of who they are, why they do things, and how they can improve themselves. To do this, I generally rely on what they say to me and how they say it in their sessions with me. If the client consents, it may also help me to meet with their significant other, family members, or friends.

If you’re seeing a psychologist, don’t assume they have the ability to read your mind. If there’s something you want to talk about, be sure to communicate about it. This is especially true if the treatment isn’t unfolding the way that you thought it would, if you’re uncomfortable in any way, or if the session isn’t as helpful as you’d hoped.

I’m certain that a client could withhold information from me or purposely deceive me if they wanted to. Unfortunately, all this would do is ruin our relationship and prevent us from working together to help the person in the best possible way.

Lots of people assume that others should know precisely what they need, and that they should how to give it to them. But nobody can read your mind. The reality is, it’s necessary to communicate about what you need, and to teach others to support you in the ways that you find most helpful.